Our community is growing in its diversity, and this is slowly being reflected in our church family as we see a growth in our Chinese and Korean community groups. We are so excited to see this growth in diversity because we believe spiritual growth will happen when diverse people come together to learn from one another.

Last year, we began working with Ryan Choi, who volunteered as a director of Korean ministry at our church. A few months ago, he started working part-time with our media and communications team, and we’re enjoying his passion for Jesus and the opportunity to share Jesus’ love with Korean speaking people in our community.

In the Korean culture, accreditation and certification are very important, and this is true for ministers as well, which means Ryan being an unordained minister of the gospel is hindering his ability to share the gospel with Koreans in our community. In order to equip Ryan to be effective in sharing Jesus with the Korean speaking people, our leadership team decided to pursue ordination for him. We requested our denominational leaders from Fellowship Pacific to form an ordination council consisting of church leaders, missionaries, pastors, and professors from Northwest Baptist and ACTS Seminaries, and the council unanimously recommended Ryan’s ordination to our board of elders.

Ryan graduated from ACTS Seminaries at TWU with a Master of Arts in Christian Studies degree in 2013, and he has had pastoral experience working with children, youth, young adults, and First Nations ministry as well. His experience includes working for church plants, small churches, and a church of over 1500 people.

On June 26th, at 7PM, we will be holding an ordination service for Ryan at SDBC in our chapel. This is a meaningful evening for Ryan and his family, and also for our Korean community group. If you’re available, please join us to celebrate God’s call on Ryan’s life to be an ordained minister for His gospel! 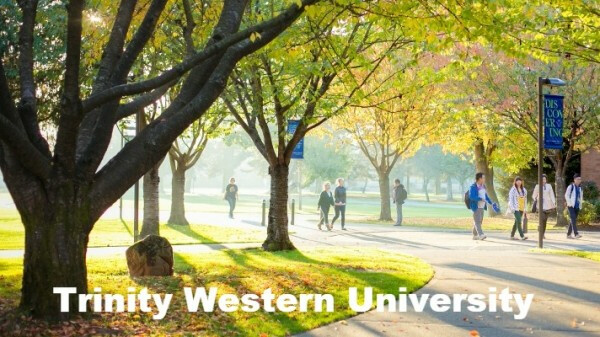 Last Friday, we received news about the Supreme Court ruling for TWU’s proposed law school and the BC and Ontario law societies’ case against TWU. The Supreme Court ruled that these law societies had the right to refuse to license TWU law school graduates. I have now had some time to process the news, and through conversations with several people, I became aware that many Christians were struggling to know how we can respond to such news. Some Christians have expressed disappointment, sadness, discouragement, and even anger over the decision. We ought to process these emotional responses and also be able to respond with biblical conviction.

Margaret Wente, a professing non-believer, wrote an article in the Globe And Mail highlighting that “The TWU decision is a blow to diversity.” Wente states, “The decision is [. . .] yet another giant step in the marginalization of conservative Christians, who are becoming an ever more endangered species in public life.” We held a leadership workshop in March highlighting the post-Christendom and post-Christian culture we inhabit today. So, it should come as no surprise that even people who do not believe in Jesus are noticing the secularization of our society and the privatization of faith. We cannot deny that Christian values are being pushed into the fringes and that our culture is continually reminding us that our values and biblical principles are no longer in the core of our society.

In this post-Christian world, some may desire to strike up arguments and “fight back.” While I believe Christians have every right to express concerns and protest decisions in a peaceful and healthy way, I am sensing that some of us are reacting in this way because of fear. In Acts 19, we find a silversmith named Demetrius starting a riot in Ephesus because his business has been impacted by Paul’s preaching of the gospel. Notice how he reasons with other people in his trade:

“Men, you know that from this business we have our wealth. And you see and hear that not only in Ephesus but in almost all of Asia this Paul has persuaded and turned away a great many people, saying that gods made with hands are not gods. And there is danger not only that this trade of ours may come into disrepute but also that the temple of the great goddess Artemis may be counted as nothing, and that she may even be deposed from her magnificence, she whom all Asia and the world worship” (Acts 19:25-27).

You can tell that Demetrius is fearful because if he fails to defend “the great goddess Artemis,” she would then “be counted as nothing, and that she may even be deposed from her magnificence.” Demetrius responds this way because his god is not a true god. If he fails to defend her, she would no longer exist. Artemis’ existence depends on him and others who sustain her. However, our God is a strong God, and He does not need us to defend Him for Him to sit on His throne. Unlike what post-modernism says, truth is not relative, and just because people deny Him or His ways, it doesn’t mean He is no longer relevant in His creation. Whether we “win” or “lose” these debates in society, the truth remains that God is the sustainer of this universe and that He reigns forever. We do not need to defend Him in order for Him to be God. Let’s remind ourselves that we didn’t put God on His throne. After all, He is the God who claims that His name is the great I AM. He is self-sustaining, and He sustains us—not the other way around. Just as He told David that He doesn’t need him to build Him a house, God doesn’t need us to defend Him in order for His rule and reign to be real in the world.

So, how does a Christ follower respond to the news of this Supreme Court ruling? We can be reminded of what it says in 1 Peter 2:12: “Keep your conduct among the Gentiles honourable, so that when they speak against you as evildoers, they may see your good deeds and glorify God on the day of visitation.” Or even 1 Peter 3:15-16: “But in your hearts honour Christ the Lord as holy, always being prepared to make a defence to anyone who asks you for a reason for the hope that is in you; yet do it with gentleness and respect, having a good conscience, so that, when you are slandered, those who revile your good behaviour in Christ may be put to shame.”

If we respond with hatred toward the LGBTQ community, or if we respond with slander against the government, we will prove that they were right about us. However, when we respond the way Jesus always responded to iniquity—with truth, justice, and grace—then the world will see our good deeds and glorify God.

Please do not be too discouraged by this news. I understand that this is disappointing for many of us, but our God is strong and He is in control. We can trust that He is working in ways that we cannot currently comprehend. Moreover, we can continue to love like Jesus when our patience and perseverance is being tested. We can choose to represent God’s light and His truth with gentleness and respect. Please continue to pray that we would learn to love like Jesus well in our post-Christian context. 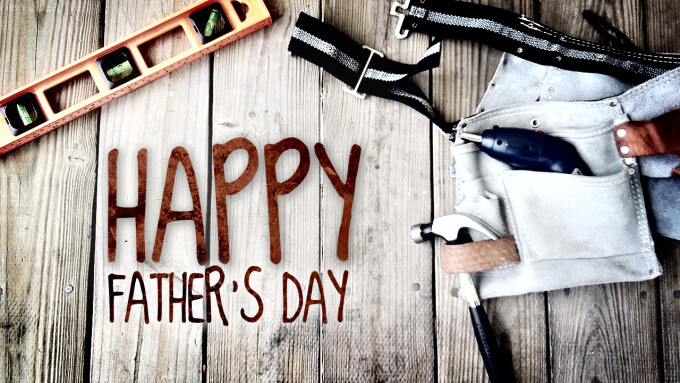 A friend forwarded me an article from The National Post yesterday. In her article, “The Male Crisis That’s Ruining Our Boys And No One Cares about,” Barbara Kay provides a social commentary on fatherlessness in today’s culture. While the content of this article may not surprise us, it’s fitting for us to contemplate on the importance of fathers as we celebrate Father’s Day this weekend. Kay states, “As women’s roles expand, society’s need for men in their traditional roles as protector, provider, and parent is shrinking. As men absorb society’s indifference or outright hostility to them, they feel increasing loss of ‘mission.’” Women have increased in their influence on family and society in the Western world over the last several decades (which is a great thing). However, Kay argues that the unintended negative impact this had on many families is that men have lost their mission. As our world continues to grow in honouring women with fairness, we also need to work on helping fathers understand their important role in the family. God created men and women to work together in partnership to steward the family in which they live. If mothers are carrying their load, and fathers are forgetting their mission, the children pay a hefty price for that. As followers of Christ, we all have been given a mission to bring God’s rule and reign in this world; we are missionaries bringing people into relationship with God wherever we go, and the primary mission field is our home. Proverbs teaches us to “Train up a child in the way he should go” (22:6a). As we celebrate Father’s Day this weekend, let’s remember the unique opportunity that God has given fathers to train our children to love God and glorify Him. Furthermore, let’s humbly pray that God would raise up fathers and equip them so that they may be missionaries in their homes.

This month, a local community movement called South Delta Local has started the South Delta Hot Chocolate Fest. Local bakeries and coffee shops from all over South Delta are taking part in this event by creating a signature hot chocolate drink or...