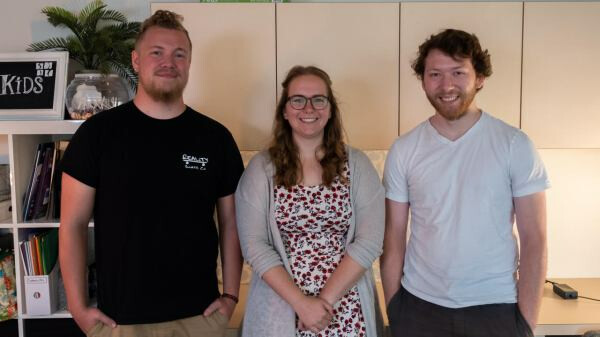 With one month left in the summer, we asked our interns about some of the highlights of the past month and how they have seen God working at SDBC. Here is what they said:

Connor:
The thing that has excited me the most is seeing the growth of the youth over the summer. I was able to grow closer to different youth in our program and make connections, both of which were large highlights to my summer. Additionally, it was exciting to have the opportunity to share a message with a larger group on Salt Spring for the first time, and hear that it had inspired at least one of the youth to have the confidence to talk to her teacher and principle. She hopes to further highlight awareness of stress and anxiety problems. It was awesome to see my story used for God's glory.

James:
This summer has been a great chance to watch the spiritual growth of our students, from early in the summer at Salt Spring Island up until right now as we do our weekly events. For me personally, being involved in leading them through a bible study as well as giving the message this coming Sunday at Gap is what is exciting me the most. I can't wait to see how God will impact our youth here at South Delta Baptist over the rest of the summer!

Kaitlyn:
This summer has been filled with new challenges and fun times in the office. As I look back on these past few months as the Kids intern, I am reminded of how much God has provided for this ministry. Some highlights for me include getting to know some of the newer families in the church, as well as working alongside the Kids team to run the Summer Carnival. The Carnival was by far my favourite part of this internship. It was such an amazing day that we used to bless the families of our church and community. I loved seeing parents and kids enjoy our super slide, and, as a bonus, I got to dunk Pastor Paul in the dunk tank! Although my summer internship is almost over, August is just starting and I cannot wait to see what God will do during this last month. The Kids and Family ministries are working hard to put together our final summer events and we cannot wait to celebrate with our church family!

The weather is a common topic of discussion. Some people are never satisfied with the current conditions. For instance, I find our hot, dry summers uncomfortable. But I also find our winters too dull and wet. But I can get over it. In fact, there is nowhere else I would like to live.

As we know, there are many people who can't get over their current situation. Physical health and mental health issues impact most of us during our lives. Cancer can be beaten but we recognize the dramatic effect it has on many families. Cancer is only one of a number of life-shortening illnesses that we face. Mental health illnesses, such as depression, impact people no matter what the weather. Add to those illnesses the issues that cause relationships to fail and life, even a Christian life, can be challenging.

There are many different situations that people face, but there is one that is typical of the challenges we face in Stephen Ministry: a Stephen Minister and her Care Receiver had been meeting for about a year and a half, ever since the care receiver's spouse had died. She had been feeling happier recently and talking positively about the future. Suddenly, however, she was very sad. She had been told that her best friend was moving to Alberta to be closer to her family. She thought she was getting over the sadness at her spouse's death but now, the loss of her friend had set her back. The sadness was making it difficult to even discuss the subject. The Stephen Minister recognized her depression had returned and prayerfully began encouraging and providing hope to her Care Receiver. She shared the hope of Romans 8:31-39 and the process of listening and being there continues to this day.

Summer is a time for many people to take vacations from their normal routine. Some community groups don't meet as consistently during the summer and other ministries plan fewer events to accommodate holidays. Early in the development of Stephen Ministry we realized that the challenges people face don't take holidays and so Stephen Ministers continue to serve throughout the summer.

Over the last 10 years, SDBC has had an effective ministry that trains volunteers to serve people going through the inevitable challenges of life. A Stephen Minister will come alongside a Care Receiver and dedicate an hour per week for as long as it takes to support the person. It is understood that while the Stephen Minister can care for the person, it is only God that can cure us.

During the fall of this year, SDBC will celebrate the last 10 years of service provided by Stephen Ministry. The effectiveness of the ministry is a result of the work of the Holy Spirit working through the many Stephen Ministers and their Care Receivers, as well as the prayerful support of the SDBC family. As we move forward, one of our goals is to ensure that each member and adherent, when faced with a challenge, will first seek God's love and encouragement, and second, seek the love and support of a Stephen Minister. 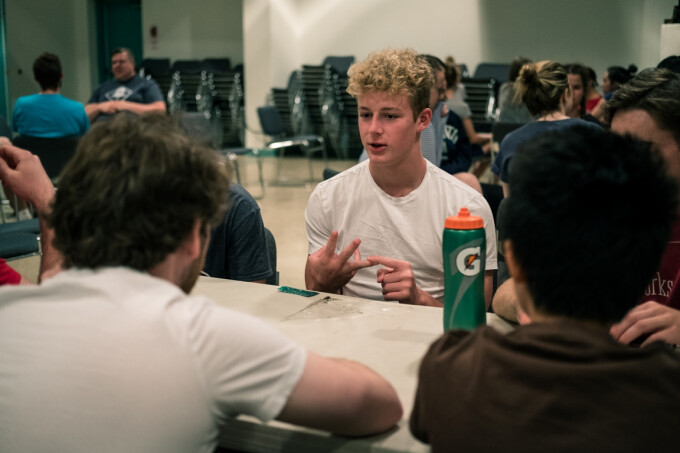 From June 30th to July 7th, our youth group participated in our 21st annual trip to Salt Spring Island. We go over every year to help out residents with odd jobs and yard work around their homes. It is always an encouraging time as we see students and leaders work self-sacrificially and see God do some incredible work amongst the group.

One of my passions in youth ministry is to see youth diving into God's word for themselves. Throughout the week, I challenged our youth to be in the bible daily. You never know how many people will take on a challenge like this, but over the week I saw so many youth and leaders taking time away from the group to sit and read the bible. During our evening teaching sessions, I saw youth with open bibles engaging with God's word and discussing it with each other. I can't express how joyful it made me to see students in grades 8 to 12 have a hunger and desire to read God's word during this week.

One of the challenges of any camp or trip like this is that students get fired up to read God's word and cultivate their relationship with God, and then they go home and go back to old habits. The week becomes a thing of the past and a spiritual high. On the final night of our trip, we had our final worship and sharing session. As a parting challenge for the group, I encouraged them to take what they had learned and experienced throughout the week and use it to continue to pursue God as they went home. It's been about two weeks since we arrived back from Salt Spring and I have already seen and heard of students taking this challenge to heart. One example is a group of girls from our youth group who have decided to start a bible study with each other and keep each other accountable to be in the bible daily, by using reading plans. Some of the youth leaders and I met at Starbucks this past Monday for a weekly summer bible study we are doing with the youth and these girls were sharing, with great excitement, the different devotionals they had already read through.

God is at work in the lives of the youth in South Delta. Pray for our youth, that this passion for God's word will continue and spur them on to make Christ known in their schools, workplaces, and sports teams.

Catching up With Staff: Jayson

This week we hear from Jayson Oldham, also know as "Jays," or "the smiley worship guy." He is the newest member of our team and we have absolutely been blessed by his presence here on staff. Jayson can always be found with a coffee in hand and...