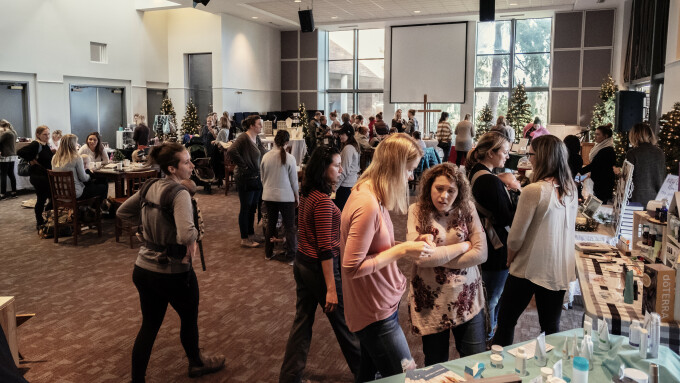 On the morning of November 27th, our Moments for Moms ministry hosted a Christmas Market featuring local vendors that were almost entirely made up of young moms from our community. We hosted 16 different small businesses, offered complimentary childcare and refreshments, complete with a Christmas coffee bar! A warm and welcoming environment was enjoyed by all, and the room was filled with new faces and unchurched women from Ladner and Tsawwassen, many of whom had never been to South Delta Baptist before. One new attendee commented, "I can't believe this is free. Why would the church do this for people who don't go here?" This then gave us the opportunity to explain the heart of our ministry, to bless the moms of this community in a practical way, all because we love Jesus and want to show His love to them.

Our Moments for Moms team was thrilled with the turnout and the number of new women we were able to connect with. We know that small seeds were planted through face-to-face interactions and our hope is for the new women to return and engage in our upcoming events in the new year. Thank you to all the volunteers who helped to make this such a successful morning! 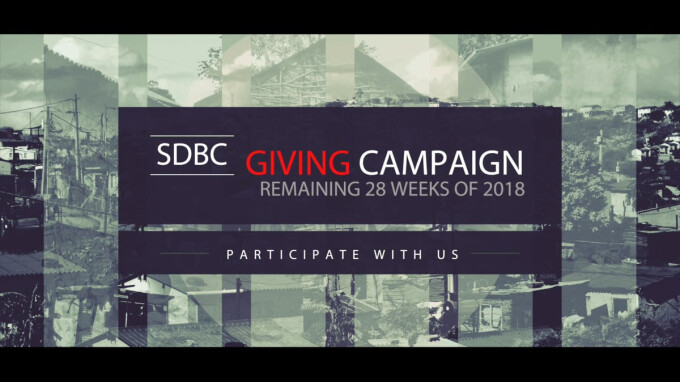 In June, we announced our potential deficit by the end of the year if we did not see a dramatic change in our giving pattern. In response to this potential deficit, the staff promised that we would find efficiency in the way we do ministry, and since then, we've made several changes that decreased our expenses significantly. We also launched a giving campaign on June 24th in parallel to our efforts to reduce expenses. The goal of the giving campaign was to have everyone participate in giving above and beyond what we have planned to give so that we can all work together in ensuring that we end the year with a healthy financial picture.

With one month left to go in 2018, we have reached $52,031 toward our goal of reaching $203,000. I want to thank you for participating in the giving campaign, and I want to thank God for what he has provided through you.

We calculate the giving campaign impact by seeing how much more revenue we've received compared to what was projected. Because we actually received less in the month of November this year than what we've received in previous years (on which we based our projections), we actually fell short of projected giving in November. We are hoping to make up ground in December with a strong finish to the year.

If you have not participated in the giving campaign thus far, it's not too late. Even a small amount of giving above and beyond makes a huge impact, and the goal is for us to do this together as a team, so we invite you to participate with us in giving generously this month. I am praying that we would finish well and that we would continue to see God's blessings as we participate in His mission.

Being an Everyday Missionary This Christmas Season 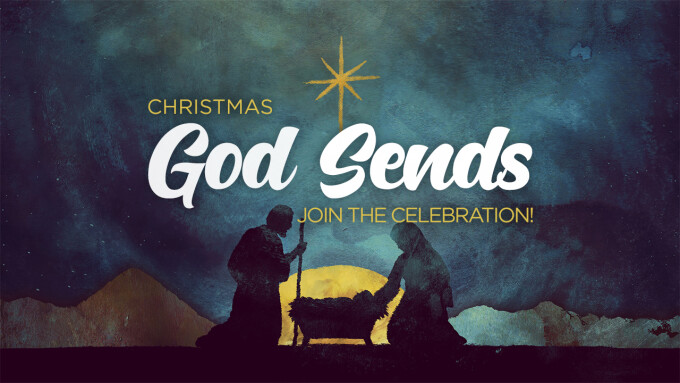 During this holiday season, we, as a church, have carved out time to gather together to celebrate what Christmas truly means, God sending Jesus Christ. And part of celebrating this life changing truth means being on mission and helping point people to Jesus during this special time of year.

If you have adopted one of the suggested 8 Ways to be Missional into your daily rhythm of life, is there an opportunity to be intentional because it's Christmas? This might look like an invitation to our Christmas concert on December 16th, being hospitable and hosting a Christmas party or dinner at your home, gathering as a community group and considering a need in your neighbourhood that you could take on, introducing someone to church for the first time, or something as simple as wishing someone "Merry Christmas." We all have an opportunity to be on mission during this special time of year. Let's Love Like Jesus as we strive to be everyday missionaries!

Catching up With Staff: Jayson

This week we hear from Jayson Oldham, also know as "Jays," or "the smiley worship guy." He is the newest member of our team and we have absolutely been blessed by his presence here on staff. Jayson can always be found with a coffee in hand and...